Going for Gold in the Yarra Yarra Biodiversity Corridor 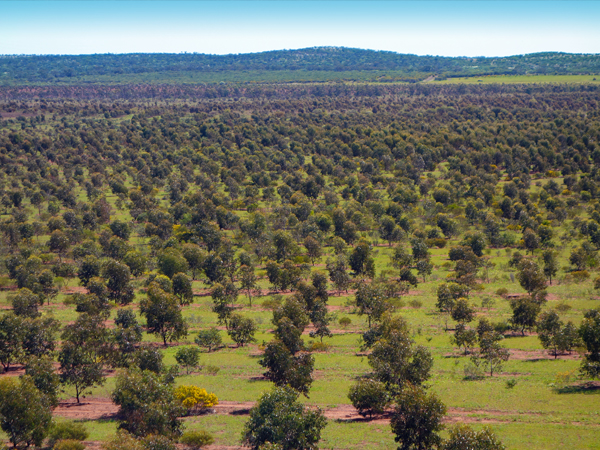 With a total area of about 2.65 million square kilometres the state of Western Australia is truly vast. If you can’t quite picture how vast, look at it like this: the state accounts for 33% of the Australian continent and is bigger in size than Western Europe, four times the size of Texas, twelve times bigger than the UK, and twenty times bigger than England.

Of that immense space, however, very little is inhabited, with the great majority of the population to be found on the western seaboard in and around the state capital, Perth.

As of 2021, the state had about 2.67 million inhabitants – around 10 percent of the national total. The vast majority of these (92 percent) live in the south-west corner; 79 percent of the population lives in the Perth area, leaving the remainder of the state sparsely populated. These huge areas of desert and scrub are popularly known as the outback or ‘the bush’. It could well be some of the harshest terrain on Earth.

Yet on a 200km wide corridor north of Perth, Carbon Neutral has been turning things around, diligently replanting land that was drastically cleared for farming throughout the 20th century and revitalising the biosphere. And its efforts have been so successful, it has become the first and only organisation in Australia to be awarded Gold Standard certification for climate interventions.

What was to become known as the Yarra Yarra Biodiversity Corridor began life in 2007, when Australian company Auscarbon began buying 2,000-to-3,000-hectare parcels of land that was no longer any use for crop farming, but which provided possibilities for ecosystem restoration. Meanwhile, Australian charity Carbon Neutral had been doing something similar, but in a more fragmentary fashion: 10 hectares here or 30 hectares there.

It soon became apparent however, that Carbon Neutral’s small ‘islands’ of revegetation offered no real possibility of generating a serious habitat in which the local fauna could regain a foothold. So, inspired by the Gondwana Link, a massive conservation program active in the southwest of the state, the two organisations decided to pool their resources. Merging under the name Carbon Neutral, the new company embarked on a more ambitious journey to link Dongara and Geraldton on the coast to the Charles Darwin Reserve 200km inland.

You may be forgiven for thinking it’s counterintuitive, planting trees in partially degraded landscapes, where cropping is difficult, with falling rainfall due to climate change, and where bushfires are a risk. But Carbon Neutral’s strategy took all this into account from the very beginning. The same salt land that made arable farming impossible still permitted salt-tolerant varieties, while moderate rains in January, February and March – not so good for farming but fantastic for tree growth – allowed the new plantings to flourish. While there have been no bushfires at all since the project’s inception, the risk has been mitigated by careful site planning and management that employs measures such as fire breaks. Should worse come to worst, the entire corridor carries sufficient insurance to allow immediate and comprehensive replanting if disaster strikes – though the native trees selected for planting are already very resilient to bushfires.

While the Yarra Yarra Biodiversity Corridor was soon off the ground and running smoothly, the politicisation of climate change in Australia, along with administrative obstruction and frequent changes of government, made it difficult for Carbon Neutral to make use of the carbon credits they were accumulating. Faced with ongoing obstacles at the national level, the company decided the best way to proceed was in the international market – and that meant acquiring Gold Standard accreditation.

The process took approximately 12 months and was assisted by the fact that Carbon Neutral had been planting trees for some five years prior to certification. This allowed the majority of the assessment to take place in an office environment, although the task of measuring biomass still required significant field work, taking five people two weeks to complete. This painstaking step involved calculating tree canopy cover and stem diameter on 140 plots across nearly 9,000 hectares of replanted land.

The auditing process for the Gold Standard is far more rigorous than assessments for ordinary carbon credit systems, also taking into account a wide range of co-benefits that align with the United Nations’ Sustainable Development Goals (SDGs). This list of 17 targets includes everything from water quality to employment prospects, and it is here that the Yarra Yarra Biodiversity Corridor stood out as more than a high-quality carbon sink.

Western Australia is renowned as the location of thousands of species of flora and fauna found nowhere else on Earth, and while the areas of outback denuded for farming dramatically reduced the habitats for many varieties of wildlife, Carbon Neutral is beginning to turn it around.

The first plantings from 2008 have now grown into 15,000 hectares of coverage in the Corridor, and the biosphere is beginning to recover. A 2014-15 ecological study of the area identified around 54 bird species now resident; a more recent study identified more than 100 subspecies of ant. All of this contributes to the UN’s Goal 15: halting the loss of biodiversity.

Goal 8 – decent work and economic growth – is also achieved, thanks to the project’s benefits to the local community and businesses. In many cases, for example, where farmers have been forced to sell up because their land is no longer viable, Carbon Neutral has been able to employ the farmer, allowing families can stay on the land and not lose their homes. So far, more than 400 casual jobs have been created, including 50 roles for Indigenous Australians and engagement with more than 80 businesses.

With community engagement an even higher priority in 2022, Carbon Neutral is aiming to approach local landowners and offer to replant their unused land – a partnership arrangement whereby the landowners will receive a share of any carbon credits generated, further stimulating the local economy. There are even ideas by the local community to repurpose abandoned farmhouses into accommodation for eco-tourism, particularly in the state’s world-famous wildflower season.

In turn, working together with the community contributes to Goal 17 – collaboration towards sustainable development – which gears Carbon Neutral towards a greater aim. Currently, revegetation for carbon in Western Australia is little more than a cottage industry, but with huge tracts of land standing unused and available, it has the potential to be so much more. Even with Carbon Neutral’s operations increasing to a targeted level of 10,000- 20,000 hectares of plantings per year, there are still a million hectares in Western Australia alone that, according to Australian government reports, will run saline over time. That’s more than enough land that dozens of other companies could join the process – and given the strong global demand for natural solutions to fight climate change, there would be no need to compete in creating natural capital.

It’s a situation that puts Carbon Neutral in pole position for sustainable project development not just in Western Australia but the country as a whole. Funds raised – thanks to those who visit Carbon Neutral’s website and contribute to the good work being done – are redeployed into increasing and improving revegetation projects, and with its carbon credits endorsed by the UN Gold Standard, the company’s compelling combination of carbon offset and conservation makes it one of the most ethical and pioneering endeavours in the sustainability sector. And the positive effects can only get bigger as interest and investment grows in the future.