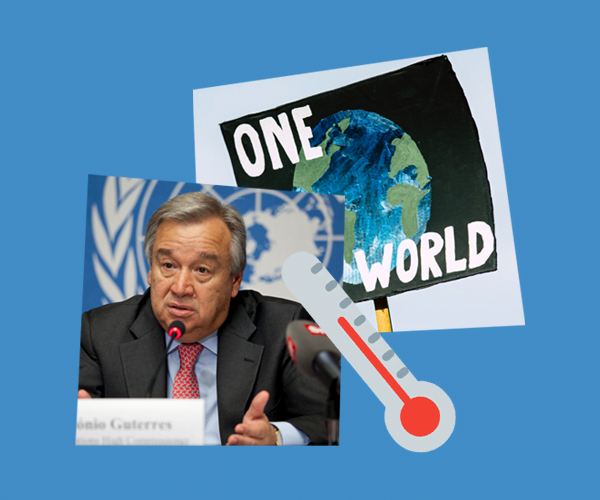 Speculators have often pinpointed that the gap between distant events on the other side of the globe and an individual’s own backyard is one of the main drivers of climate action – ‘but how will climate change affect me and my life?’

It’s an argument that draws domestic parallels. Saul Griffiths, climate advisor to US President Joe Biden, recently wrote of how he struggled to convince his partner to switch their gas stove tops to electric in an effort to reduce their environmental footprint (up to 70% of energy is wasted by natural gas burners). In part of his evidence gathering, Griffiths stumbled unintentionally upon the negative health impacts caused by gas stoves over electric. Burning gas produces carbon monoxide and other particulates that can affect the lungs. It was these health benefits to their children that finally got his partner over the line and shifted their thinking toward making change.

The absence of a clear, well-evidenced answer to the query of consequences is commonly suggested as a cause of climate lethargy. Could it be that the impacts of climate change aren’t yet clear enough for most to see? Is this one of the reasons why the crisis has swelled to these proportions?

The new ‘Climate Change 2022: Impacts, Adaptation and Vulnerability’ report from the world’s leading climate change body, the Intergovernmental Panel on Climate Change (IPCC), is designed to address these challenging questions and flesh out what the climate emergency is doing to our health, the places we live, the resources we use, and the ecological webs we’re entangled within.

“Our report clearly indicates that places where people live and work may cease to exist, that ecosystems and species that we’ve all grown up with and that are central to our cultures and inform our languages may disappear,” says Professor Debra Roberts, co-chair of the IPCC.

“So, this is really a key moment. Our report points out very clearly, this is the decade of action, if we are going to turn things around.”

The report makes it shockingly clear that the climate crisis is already changing the way we live and has been impacting our livelihoods and the natural world for decades.

The full report was completed by 700 IPCC authors, who all work on a voluntary basis, and stretches more than 3,000 pages in total. The first and second drafts of the report also notched up 16,000 and 40,000 review comments respectively.

The report investigates the causes, impacts, and solutions to climate change. To cover this scope, it analysed the effects in each continent, small islands, biodiversity hotspots, and the polar regions.

The scale of the crisis outlined by the report is somewhat confronting. By the end of the century, 50-75% of the global population could be exposed to periods of life-threatening climatic conditions due to extreme heat. At 2°C of warming on pre-industrial levels, three billion people will face water scarcity. At 4°C, this will rise to four billion people (the upper end of combined global warming pledges of the Paris Agreement is 2.7°C by 2100).

Impacts have certainly already been felt – between 2010 and 2020, 15 times more people died from floods, droughts, and storms in very vulnerable regions such as Africa, South Asia, and South America than in other parts of the world.

The litany of consequences for human health is also an unpleasant read. One of the most obvious impacts of climate change is extreme heat, which is linked to cardiovascular disease, organ failure, dehydration and even death. Diseases like Dengue fever and cholera are also predicted to increase their spread due to rising temperatures expanding the habitat range of mosquito populations as well as intensify heavy rainfall and flood events.

The report highlights how the impact of the climate emergency “disproportionately impact[s] vulnerable populations such as the poor, women, children, Indigenous peoples and the elderly in all locations.” Most vulnerable to these threats will be groups that face “disadvantage due to discrimination, gender and income inequalities and lack of access to resources.”

Communities and societies who rely on agricultural industries will be hit hard by decreased wheat and soya yields. More severe and more frequent floods and droughts will affect all global food security.

Humanity’s impact on other living things is equally troubling. It is likely that 9% of all terrestrial and freshwater species will be at very high risk of extinction at 1.5°C of warming. Changes in animal distribution ranges and their functional capabilities have already been tracked for decades. In Australia, the Bramble Cays Melomys is now extinct due to human-induced climate change.

On land, there have been more than 100 cases of drought-induced tree die-offs, and snow cover has been in decline since the 1950s. In the oceans, marine heatwaves are leading to “mass mortality” among “key functional groups” and widespread coral reef death compounded by soaring ocean acidity.

The ball is in our court

Rattling off the loss and damage of environmental disaster is tiresome and gruelling. But the report is not entirely doom and gloom – it also stresses that the trajectory of the climate is dependent on what we do collectively in the next ten years.

“One of the things that I think is really, really clear in the report is that yes, things are bad, but actually, the future depends on us, not the climate.”

Dr Helen Adams, a lead author on the report from King’s College, London.

The report traces how different solutions to the climate emergency can play their role in stemming the tide. Reforestation is one of the nature-based solutions in focus in the assessment. The report states with high confidence that reforestation “can be one of the most practical and cost-effective ways of sequestering and storing carbon”, while also protecting and helping biodiversity recover – particularly if carried out with “climate-resilient native or geographically near species”. Reforestation can also boost water supply and quality and decrease the risk of floods and soil erosion. The report also notes that ecological restoration with diverse species “rather than monoculture plantations” can help reduce the risks of wildfires, droughts, and disease outbreaks that can cause tree death.

To stop ourselves from adding to the “irreversible” damage of the climate emergency, we need collective global action that prioritises sustainable development and people over financial and political gain. The solutions to the challenges we face must be holistic, nuanced, and hold equality at their core.

“If our development pathways are ones in which health systems don’t improve much, education doesn’t improve much, our economies aren’t growing very fast and inequality remains a big problem, that’s a world where a particular amount of climate change is going to have a really big impact,” said Prof Brian O’Neill, an IPCC coordinating lead author from the Pacific Northwest National Laboratory in the US. “In contrast, if it’s a world where we are really making rapid progress on education and health and poverty, if climate change is imposed on that society, the risk will be much lower.”