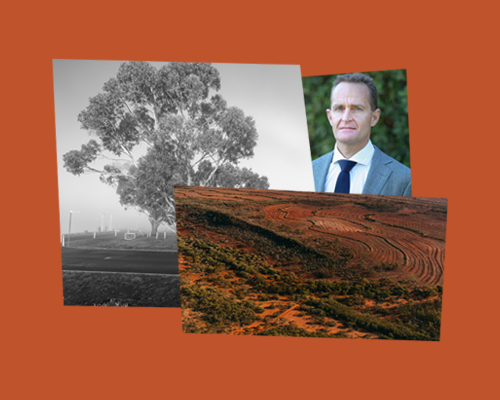 Three of the 37 methodologies used to generate ACCUs are under increased scrutiny:

These methods are generating concern due to claims of not meeting ‘additionality’ requirements, which refers to carbon credits being generated to “not chop down forests that were never going to be chopped down, to grow forests that are already there, to grow forests in places that will never sustain permanent forests,” said ANU law school professor and former chair of the Emission Reduction Assurance Committee Andrew Macintosh to the ABC in a story for 7.30.

Emission reductions should not be ‘business as usual’, they must be additional to the baseline scenario. In other words, the investment by the purchaser should create new reductions in emissions that would not otherwise have happened.

Additionality is a real issue that all carbon projects cannot ignore. From their inception, the highest standard of land management should be maintained, be underpinned by the best ecological advice, and regularly reviewed by independent parties.

Macintosh and two CSIRO scientists, Kerryn Paul and Dr Stephen Roxburgh, have claimed that their analysis has revealed a substantial proportion of ACCU projects are breaching additionality rules and are underperforming, with skewed estimates of carbon storage. The Clean Energy Regulator, who manages the ERF, has dismissed these claims as false due to a lack of evidence.

It is critical that such claims be investigated, and the government’s ERF framework be independently reviewed and integrity restored. They should also seek to regularly improve based on past implementation, emerging technologies, and the latest science. If carbon capture claims are overstated, or would have happened anyway without the project, it hinders the planet and Australia’s formal obligations to the global community such as it has under the Paris Agreement.

For Carbon Neutral’s reforestation project, there are no questions of additionality breaches because this methodology delivers verifiable and tangible carbon sequestration outcomes. Its Yarra Yarra Biodiversity Corridor is Australia’s largest biodiverse reforestation carbon sink, having planted more than 30 million native trees and shrubs across over 13,000 hectares. The restoration project has taken place since 2008 on land that was once a thriving woodland ecosystem. Clearing in the 20th century has now stripped it of over 90% of its original native vegetation. By planting a biodiverse mix of 60+ species endemic to the region where these ecosystems once used to thrive, Carbon Neutral is starting the ecological restoration process in one of 36 Global Biodiversity Hotspots.

The Yarra Yarra Biodiversity Corridor is the only carbon project in Australia to achieve Gold Standard-certification, which is the most rigorous framework in the world in relation to on-ground carbon measurement and sustainable development, aligning with the United Nations Sustainable Development Goals.

Establishment of new plantings and monitoring of existing plantings in the Corridor project is undertaken independently and is regularly audited in line with certification requirements. The plantings are also protected through a carbon covenant agreement that protects the reforestation for a minimum of 100 years. Fire management activities are also undertaken and the plantings are insured against any potential loss by fire, whilst many native species are resilient to fire.

An independent study recently identified, quantified and valued the co-benefits of the Corridor project and mapped these to 7 different SDGs to better understand its positive impacts. The benefits to the community include environmental, social, economic and heritage outcomes – comprising co-benefits of: