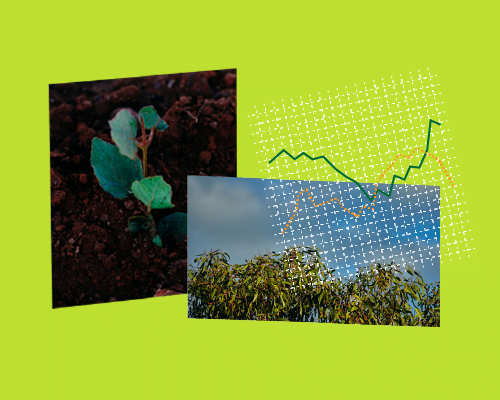 The Australian Government’s recently announced changes to Australian Carbon Credit Units (ACCUs) are on the surface being dubbed by some a win-win-win for landholders, carbon traders, and the Commonwealth. But when digging deeper, are they a positive for the planet and all carbon stakeholders?

The changes announced to the Emissions Reduction Fund (ERF) now allow land-based ACCU project owners who are contracted to the government the option of selling the carbon credits they generate on the open market. Previously, they were locked into a fixed contract price averaging $12 per ACCU delivered to the ERF.

Selling credits to the voluntary market will likely fetch a far higher price, and fixed contract holders are expected to gain a $1.34 billion windfall from the amendments.

“These reforms will lead to more ACCUs becoming available to the market in an orderly and transparent way, which will help meet the increasing voluntary demand for domestic offsets,” Minister for Industry, Energy and Emissions Reduction Angus Taylor says, “This will allow projects to take advantage of higher market prices over time.”

Under the changes, ACCU developers contracted under the ERF can opt-out of their fixed price contract and can now pay an ‘exit fee’ equal to the originally agreed delivery price, and then sell their credits on the open market.

There are currently almost 131 million ACCUs not yet delivered that are contracted the federal government under fixed contracts priced between $12 to $18. The price of ACCUs on the open market surged to almost $60 at the beginning of 2022 and has increased 200% since the start of 2021. The government’s announcement on 4th of March however saw ACCU prices drop to around $30.

The financial windfall brought about by the changes is ideally designed to flow to landholders developing carbon abatement projects. This is being tipped as a big win for farmers and landholders who host carbon projects, but there is no clarity on how the additional revenue should be shared between landholders and carbon trading companies that have assisted in project development.

Freeing up ACCUs on the open market is also timely for the large increases in organisations making net zero commitments and purchasing carbon offsets to achieve their climate goals.  “The strong growth in private sector demand for ACCUs shows that the market recognises and values their high quality and integrity,” says Minister Taylor.

The government also stands to benefit from the changes, pocketing both the ‘exit fee’ and the original agreed delivery price averaging $12 per ACCU they no longer have to pay, totalling to $2.68 billion for the Commonwealth.

Minister Taylor claims that this money will be reinvested in emissions reductions projects. However, the government did not provide more detail as to where and how exactly this money will be spent. There are fears funds could be directed towards controversial carbon capture and storage projects (see also) that don’t hold up in achieving the real emissions reduction that is needed in the current climate crisis worsening around the world.

Not everyone may stand to benefit from the changes, as reduced demand could cause ACCU prices to fall and make carbon abatement projects a less attractive investment. This could cause the environment to suffer if carbon projects don’t receive sufficient funding and support they require to be developed. There are concerns that these changes will make emerging carbon projects no longer viable.

The changes have also come under criticism for a lack of consultation with stakeholders in the Australian carbon market. The opportunity for public input and discussion could have been valuable and help to build community confidence, but perhaps was avoided because of market sensitivity reasons.

“While we welcome that the release will be staged and that exit payments will be used for ‘emission reduction measures’, we are concerned about the message this sends to the market about the ability for government intervention without transparent and public consultation at any point in time, if market dynamics change. We are concerned that continuing arbitrary changes in Australia’s carbon market will challenge investor as well as community confidence in supporting carbon reduction or removal activities credited by the Government with ACCUs.”

The increased supply of ACCUs in the wake of the changes has driven down prices, making it cheaper to purchase offsets instead of spending more on measures that will reduce emissions in the first place. Incentivising emission reductions is crucial to faster and more impactful climate action so that carbon offsets aren’t used as excuses to continue emitting.

The government is currently staggering the number of fixed contracts that can be terminated to avoid the market volatility that would be created by a sudden influx of ACCUs on the open market.

The proposed changes also follow recent policy changes that propose a veto power given to the Agricultural Minister on some carbon projects, and that Climate Active certification will require at least 20% of offset credits purchased to be ACCUs.

You can find more information about the changes from the Clean Energy Regulator here.