A brief history of human understanding of climate change 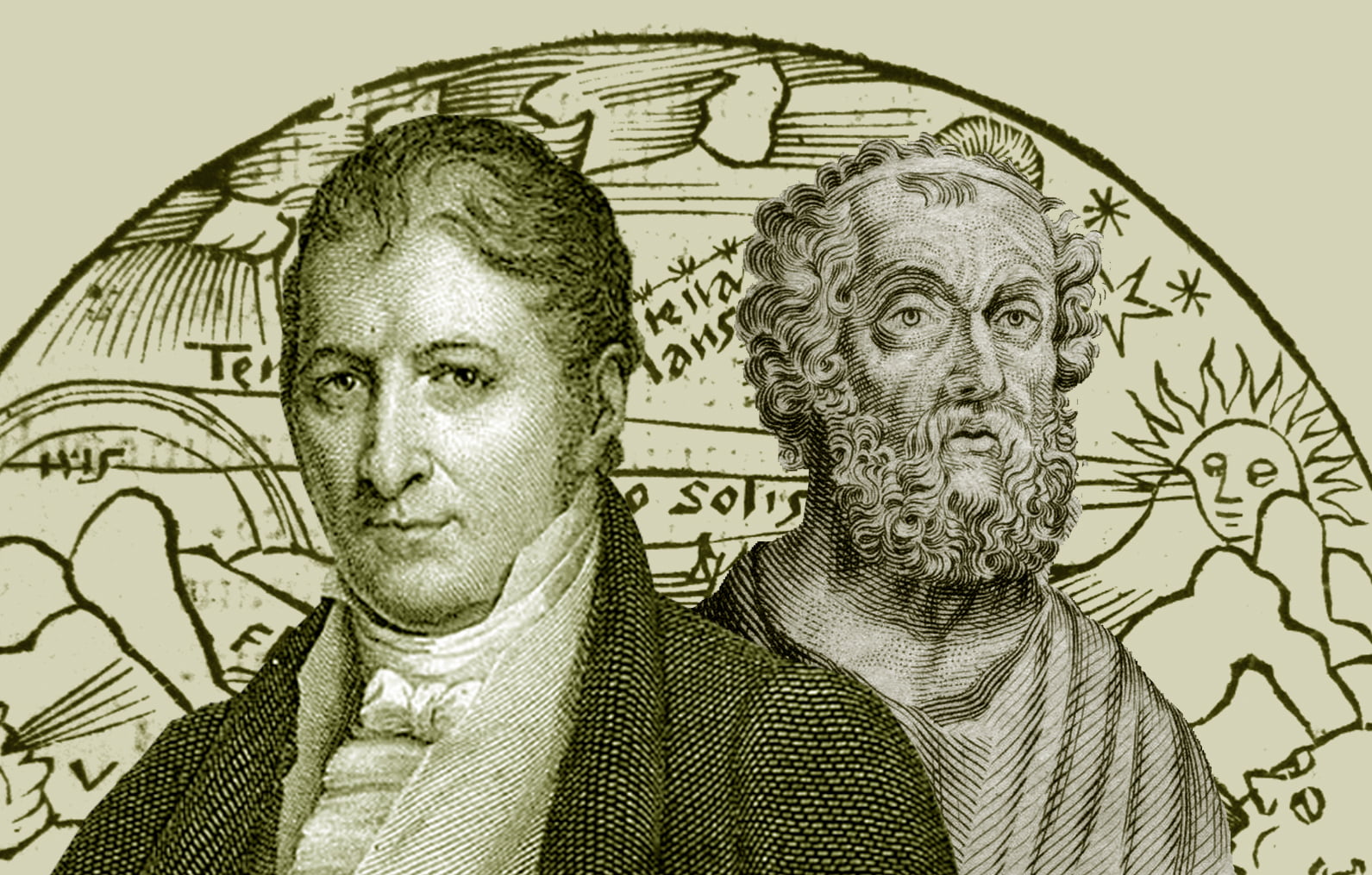 As a business whose core purpose is to integrate strategies to mitigate the climate crisis, we keep a close eye on the scientific community’s understanding of climate change and the impacts on biodiversity. Over the two decades since our inception, we have been both appalled by climate change deniers attaining positions of power throughout the world and encouraged at the way large swathes of society have come together to reduce greenhouse gas emissions in the form of climate strikes and positive actions.

November’s COP26 was undoubtably an historic milestone for the future of climate change. Now, as world leaders return home to implement measures towards net zero, we take a look at the history of human understanding of how we affect our world.

Evidence that humans understood the concept of differing climates is apparent as early as the first bipedal hominids. The climate and environments these precursors to modern humans experienced were among the main factors in the migration away from what is modern-day Africa.

The widely accepted Sahara Pump Theory posits that prolonged periods of extreme rainfall lasting many thousands of years caused changes in the flora and fauna in the area, demanding humans looked for pastures new.

In Australia, the longest continuous human culture arrived around 50,000 years ago. Two theories exist as to the migratory patterns they took in eventually populating all corners of the country. Some experts agree humans took an inland route from their northern entry point (‘overlanders’), while the more commonly held belief is that they followed a coastal route in both the east and the west (‘coastal huggers’). The latter theory gives further evidence of the climate and environment dictating human migration and activity in prehistoric times.

In the period immediately after the last ice age, the Noongar people of Western Australia saw the seas rise by 120 metres, a significant geological event that flooded the channel between Perth and nearby Rottnest Island. During this time, twenty kilometres of Western Australian coastline were submerged by the Indian Ocean. Noongar dreamtime stories are located in the Nyitting, meaning ‘cold place’, and research suggests Noongar stories of the ‘cold times’ and the rising water levels that followed it are actually eyewitness accounts of climate change, passed down through generations in the Indigenous culture of the area.

Notwithstanding Australia’s first peoples’ understanding of changing climate, humans are thought to have developed an awareness of their ability to manipulate the world around them since the ancient Greek period. While their understanding was somewhat far-fetched by modern standards, several scholars of classical antiquity, including Homer and Aristotle, made pronouncements on the subject of climate change. Indeed, a phase of particularly extreme climate change takes the name of the former: the Homeric Minimum is a grand solar minimum that took place between 800 and 600 BC.

Scientists broadly agree the Homeric Minimum was the cause of significant climate change at that time, which involved a wetter western and drier eastern Europe. This had far-reaching effects on human civilization, some of which were recorded in Greek mythology and the Old Testament.

In his treatise Meteorology, Aristotle gave early accounts of water evaporation, earthquakes, and other weather phenomena.

As the concepts and theories of science took root in the 16th to 17th centuries, the consensus of great thinkers slowly moved away from superstition and the idea that appealing to gods could determine climate change. With this, the notion that humans could somehow alter climate on a global scale seemed implausible.

In 1771, Dutch physiologist, biologist and chemist Jan Ingenhousz made what would become a revolutionary discovery in modern science’s battle to stem changing climate. Ingenhousz identified the process of photosynthesis, by which trees and plants absorb carbon dioxide and release oxygen. This discovery led directly to the movement (of which we are a very proud member) of tree-planting to sequester carbon – an essential component in the climate-change toolbox!

(To really emphasise Ingenhousz’ relevance to modern issues, he was also responsible for vaccinating members of the Habsburg dynasty against smallpox, the pandemic of his day.)

By the 19th century, experiments indicated that human-produced carbon dioxide and other gases could accumulate in the earth’s atmosphere and insulate the planet. In 1822, French physicist Joseph Fourier suggested that since heat emits radiation, energy entering the atmosphere as sunlight must be offset by energy returning to space. But some of that energy, he reasoned, must be retained within the atmosphere, a process that kept the planet warm and hospitable for life. In short, Fourier proposed that Earth’s atmosphere behaves is the same way as a greenhouse, whereby energy enters through the glass, but is then trapped inside.

Some four decades later, Irish scientist John Tyndall began to explore exactly which gases played a role in the absorption of sunlight. His experiments in the 1860s proved coal gas (which contains carbon dioxide, volatile hydrocarbons and methane) was especially effective at holding onto energy. He demonstrated that carbon dioxide had a sponge-like quality in the ways it absorbed the wavelengths of sunlight.

With his theory of climate reduction in place, Arrhenius then turned to flipping the data, by exploring what would happen if carbon dioxide levels were doubled. His research proved with eerie accuracy that global temperatures would increase by 5°C.

By the 1930s, British engineer Guy Stewart Callendar observed the USA and the North Atlantic regions had warmed up significantly since the beginning of the Industrial Revolution. He posited that doubling carbon dioxide would warm up the planet by 2°C, a proposition that drew a massive amount of scepticism, and so should be commended for taking a strong position in the early days of the debate with climate change deniers. Indeed, his research and the work of his contemporaries around this period encouraged the first government-funded projects to seriously study carbon dioxide levels in the Earth’s atmosphere. The science and gathering of data moved slowly forward until the late 1950s, when carbon dioxide readings started to offer more solid information to corroborate the early indicators of a global warming crisis. Eventually an abundance of data, coupled with climate modelling, would incontrovertibly prove not only that global warming existed, but that it also had the potential of creating terrible consequences for all forms of life on the planet.