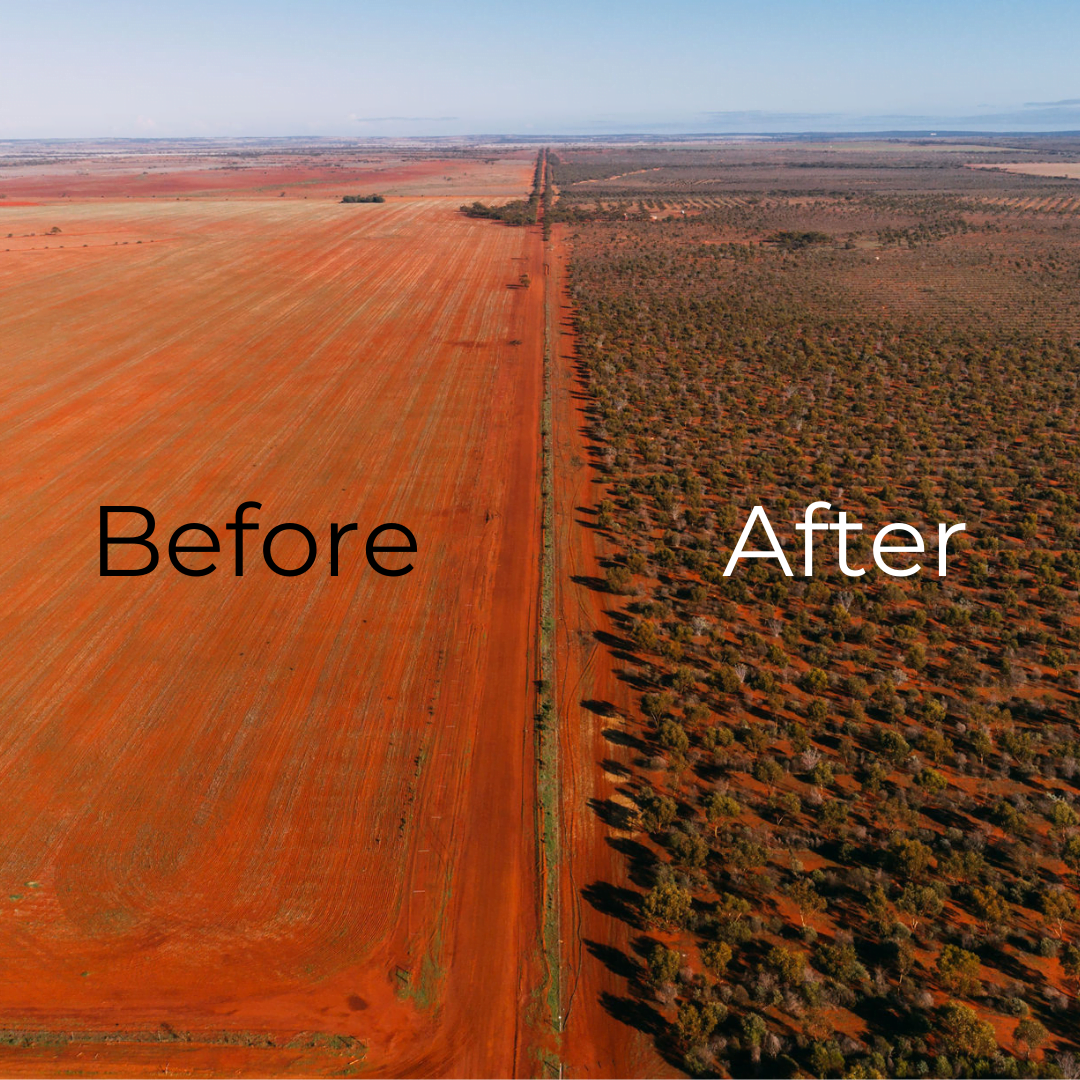 If Earth’s 4.5 billion year history was shrunk to just 365 days, then we have used one third of the planet’s natural resources in the last 0.2 seconds. The consequences shine from the rooftops in bright neon lights; all around the world our ecosystems are under serious threat.

We are well underway into a sixth major extinction event, with global populations of mammals, birds, fish, reptiles, and amphibians dropping by 68% between 1970 and 2016.

In April of this year 13000 scientists from 153 countries agreed it has become time to replace ‘climate change’ with ‘climate emergency’ in their writing, discussions, and media outreach. When there’s a change in the weather, maybe we’ll try to remember to take our umbrella with us. When it’s an emergency, it’s time for bigger actions and tough decisions to be made.

The problems are glaringly obvious in our own backyard. In September 2020, Australia was singled out by the United Nations for all the wrong reasons; we are the global leader in mammal extinctions.

Carbon emissions must be drastically reduced if we are to keep the planet from warming more than 1.5 degrees C by 2050, a key threshold recognised by governing bodies across the globe and the Intergovernmental Panel on Climate Change.

However, current trends suggest we’re well on our way to surpassing 1.5°C, with emissions spiralling and reductions lagging far behind. We need to find a way to capture carbon already in the atmosphere whilst also shrinking future emissions.

Capturing carbon has been a hot topic of climate discussions for a long time. It seems like every week a new idea for capturing greenhouse gas emissions appears. Often the wild, planetary-scale technologies such as injecting millions of tons of sulphuric acid into the stratosphere to reflect the sun’s radiation, seem reminiscent of The Jetsons or a high school science fair.

We may need these far-flung ideas one day if we surpass 1.5°C, but if we do the consequences will be devastating. By then, millions of people living on low-lying nations, farmers reliant on stable weather, and children unexposed to new diseases will be facing enormous risks.

It becomes crystal clear then that the time for change isn’t in the future, it’s right now.

Luckily, one of the largest carbon drawdown mechanisms on the planet is available to us right now, and they’ve already had hundreds of millions of years of practice – trees.

Captured carbon dioxide is used by the plant to grow, and this releases oxygen into the air for organisms to breathe.

Carbon that has become leaves, stems, bark, and branches fall from the tree, ending up in the soil.

Carbon can remain in the plant and soils for millennia, forming food and habitat.

Capturing carbon, but so much more

Since 2008, Carbon Neutral’s reforestation projects have planted more than 30 million trees and shrubs across 14000 hectares. This is Australia’s largest carbon sink, and the first to achieve Gold Standard biodiverse offset certification.

One million tonnes of carbon will be stored by the trees and shrubs that have been planted already, and this will only grow as the project continues to expand each year as more businesses take action on their environmental impact.

But there’s even more to the magic. Whilst taking up huge amounts of carbon from the atmosphere as they grow, trees form the vital component of land ecosystems that allows life to flourish.

“It’s amazing, the capacity that nature has to heal itself.”

By planting a mix of more than 60 native tree and shrub species, sourced from localised seed banks, the re-planted woodland becomes a thriving habitat. The image of row upon row of a single tree species planted in monoculture is nowhere to be seen.

Underground, amidst the tangle of roots and microorganisms, these restored ecosystems recycle nutrients and reduce salinity. One of the biggest problems the Wheatbelt faces is rising water tables and erosion of soil. The re-planted vegetation combats both these issues; more water can infiltrate the enhanced soil structure, and once its there can be retained far longer to grow the plants above the surface.

A biodiverse home to thousands

Australia’s southwest is recognised as a Global Biodiversity Hotspot – one of only two in Australia. For hundreds of millions of years these ecosystems have been home to thousands of plants and animals found nowhere else in the world. And now, the Corridor is helping bring many back from the brink of extinction.

Why a corridor? It’s like having the grocery store on your doorstep, rather than a two hour road trip away. The re-planted pockets are connected to remnant bush and conservation reserves, preventing the isolation that can lead to species decline. This lets animals move between a larger area to access food and water, disperse pollen, and provides a buffer to external threats which can also be more easily managed.

As the ecosystem grows over time, carbon emissions from the atmosphere become stems, bark, and leaves, building up shelter and food sources for wildlife. The endangered Western Spiny-tailed Skink or Meelyu relies on this biomass year-round in the form of log ‘castles’ to nest in hollows and fallen branches.

Monitoring projects undertaken at Hill View and Terra Grata (two properties in the Corridor where revegetation has been underway since 2010) have been tracking the restoration of these ecosystems. Birds and plants of local conservation significance like the Malleefowl are continually being recorded, with biodiversity rising and rising.

Ecological devastation continues to wreak havoc, but one of the steps we have the power to take today is using the natural carbon cycle of trees to make a difference right now.

Carbon Neutral’s Yarra Yarra Biodiversity Corridor also tackles a second problem by creating biodiverse and sustainable native habitat for WA’s endemic species, many of which are under threat.

So far, hundreds of Australian and international businesses have contributed to the recovery of the endangered Malleefowl, Carnaby’s Black Cockatoo, and Western Spiny Tailed Skink by offsetting their emissions in the Corridor project whilst restoring native ecosystems at the same time.

“To care about climate change, we don’t have to be a certain type of person or live in a certain place or vote a certain way: all we have to be is a human living on this planet, and we’re all that.”

The problem of the climate emergency can seem daunting, downright scary, and a threat already too big to be stopped. But projects like this represent an exciting opportunity to claim responsibility over our environment and everything we share it with.

The solutions are within our reach, and acting now through contributing to the growth of Corridor might just let us stand a chance.

Fischetti, M 2021. ‘We Are Living in a Climate Emergency, and We’re Going to Say So’, Scientific American, viewed May 17 2021, https://www.scientificamerican.com/article/we-are-living-in-a-climate-emergency-and-were-going-to-say-so/

Intergovernmental Panel on Climate Change 2019, IPCC Special Report on the Ocean and Cryosphere in a Changing Climate, viewed May 17 2021, https://www.ipcc.ch/srocc/chapter/chapter-4-sea-level-rise-and-implications-for-low-lying-islands-coasts-and-communities/